Papa the Farmer had a really important meeting last week.  The kind of meeting where he had to wear his best suit and look really sharp.  He knew that thanks to a certain little FarmBoy’s sticky fingers his suit would have to be dry cleaned so last weekend he was gathering his clothes together to get them cleaned.

“Alina, do you know where my suit pants are?” he asked me.

Have you ever had a flash back?  You see it in the movies all the time, but have you ever experienced one in real life?  I never have… until he asked that question.  Then, I suddenly remembered the last time I had had those pants in my hand.  Was it a month ago?  Two months ago?  I wasn’t sure but I could clearly recall the moment…

I had picked those pants up, thinking they were a different pair of pants.  I’ve been decluttering our house and somebody had given us a pair of black dress pants that were too short and too wide for Papa the Farmer.  They had been hanging around our house for a while and when I spotted them on one of my decluttering missions I grabbed them and tossed them into the Give-away box.  Actually, I had had a moment of pause in my spirit… I actually reached into the box and took the pants back out thinking, “What if these are his good pants?”  But I dismissed the thought and tossed the pants back into the Giveaway box.

Folks, when the Holy Spirit tries to tell you, “Don’t do that!”  don’t turn around and tell him, “Don’t worry, Holy Spirit, It’ll be fine!”

In one horrible instant I realized that I had accidentally donated Papa the Farmer’s best pants to the thrift store.  The pants that I had spent months saving up for so that he would have a nice suit to wear to his sister’s wedding…  The pants that had been specifically tailored to fit his body.  Gone because of one careless moment.

He does have another suit he could have worn, but that suit was a hand-me-down back when he was 15 years old.  Think brown stripes.  Not good.  Just barely better than going to this important meeting in only his boxer shorts.  (Why, oh why couldn’t I have donated that one by mistake???)

I sent an emergency prayer request out to the ladies in my Bible Study group.  I couldn’t remember how long ago I had donated those pants… and I wasn’t even sure which thrift store they had been donated to.  If I was going to find these pants, it was going to take an absolute miracle.

My heart sank when we walked in.  The men’s dress pant rack stretched out for 60 feet.  (Yes, I measured!)  I expected this to take all afternoon.

I walked all the way to the back of the rack and there, I got the idea to bring the jacket into the store so that I could compare shades of black.  That might not be much help, but it would be some help.  The jacket also had a label… with an identification number in it!  If we were able to find the pants, that label would allow us to be 100% sure that we had the correct pants: 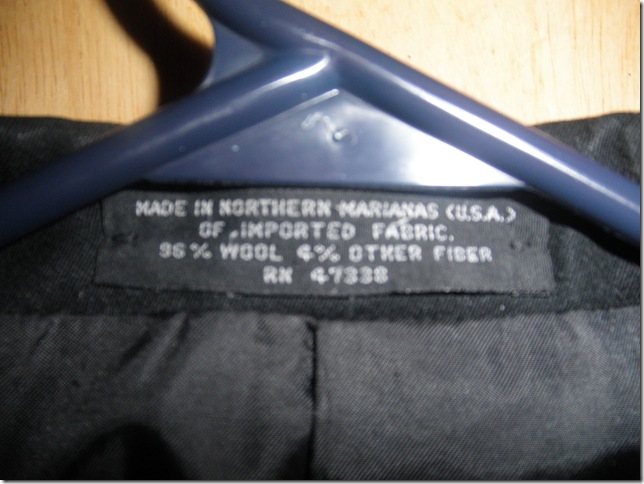 FarmGirl and I went out to the car, prayed again and went back inside with the jacket.  We began walking back to the back of the rack when something told me to start at the front.  This time I decided not to say, “Don’t worry Holy Spirit, my way will be fine!” and so we started at the front of the rack…

I checked a first pair of pants.  Not a match.

A second pair of pants.  Not a match.

I still had sixty feet of pant rack to check.  I was preparing myself for a long afternoon as I reached for the third pair.  That’s when FarmGirl said, “Mama, are these Papa’s pants?”

Yes.  They were!  The identification numbers matched and we were 100% sure we had the correct pants!  And we had found them in under 30 seconds!

What is most amazing to me is that these really nice, really expensive wool pants were priced at $1.99.  They had been hanging on that rack for weeks and nobody had bought them.  I guess the Lord just blinded everybody so nobody would see them.  He knew how badly we would need those pants to still be there that day.

If that had been the end of the story, I would have been satisfied and grateful.  But God often delights our souls with little surprises.  When I lined up to pay for the pants I let a lady go ahead of me in line.  We were chatting as we waited for our turn to check out.  As she was paying for her purchases she surprised me by telling the teller, “…and I’ll also be paying for that lady’s pants.”  She turned to me and said, “Tell your husband “Good Luck” and “Keep Praying!””  Now I would have been willing… even thankful… to pay $1.99 for those pants, but I sure appreciated that little bit of grace that day!

I am awed and humbled. 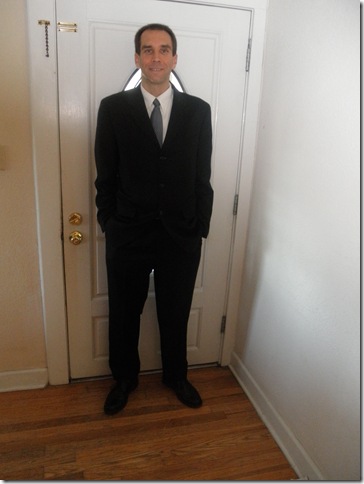 Papa the Farmer looking sharp in his “thrift store” pants!

Want to Increase Your Faith by Improving Your Prayer Life?

Here are some of my favorite resources to get you started: 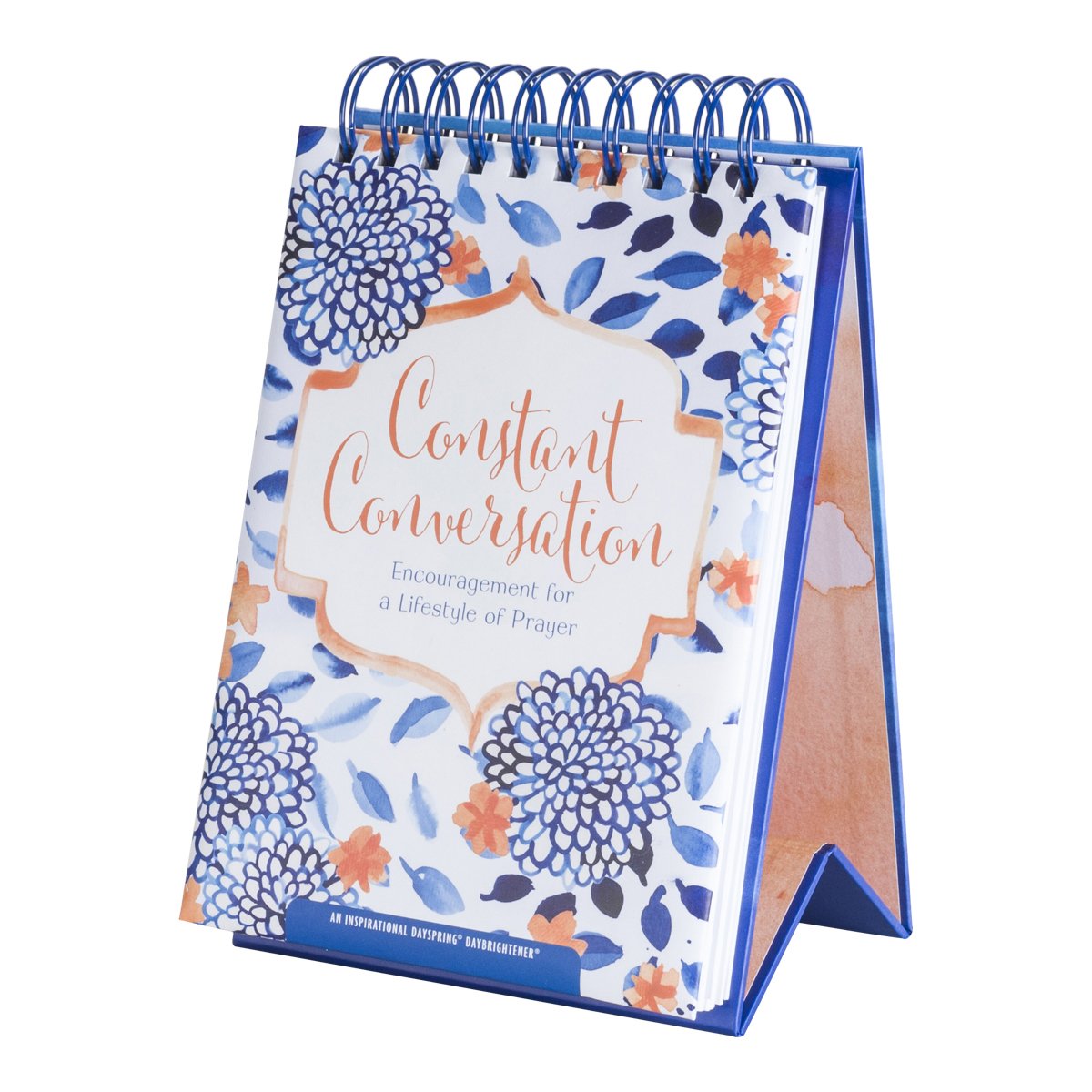 What Happens When Women Pray

Also check out the system I personally use, The Perfectionist’s Prayer Journal. 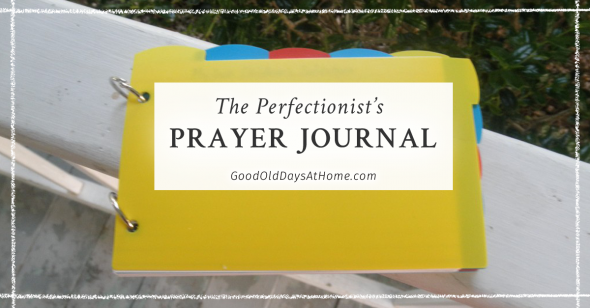 Tweet
Share
Pin
0 Shares
« The Most Important Thing I Learned This Year
Real Marriage by Mark and Grace Driscoll Review! »

Please pray for our family today as we say "Goodby