When we think of gangs, we think of ghettos. We don’t normally think of suburbia. We think about drug lords targeting other gang members in showdowns reminiscent of West Side Story. We don’t think about ordinary moms being targeted.  But Moms being targeted as victims of crime by the Felony Lane Gang is exactly what is happening in a scary trend that is spreading across America. What is the Felony Lane Gang?  It’s a criminal organization that women across America need to be aware of.  Living in my cozy North Texas farm, it never crossed my mind that my family might be targeted by an organization like this, but we were. 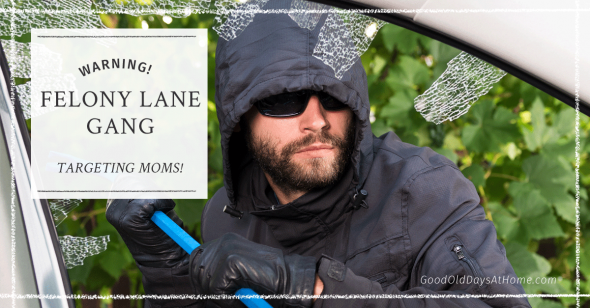 This is what happened to Us.

We decided to take a family vacation and go visit Florida for a few weeks. We ended up in a small town we have never been to before and the first order of business was to stop at the grocery store and get some food for everyone.  I pulled into the parking lot and got the children out of the van.  After I got the baby out of the van, FarmGirl said to me, “Mama, I think I just saw your friend in the parking lot.  The one from Planet Mommyhood.  Does she live around here?”  I wasn’t sure where she lived, but it turned out that we had indeed spotted Jenn Hoskins from Planet Mommyhood!  She saw us too, and we ended up getting together with her, Kristen (also from Planet Mommyhood) and another homeschooling Mom in the area for a playdate.  (As an aside to my story, between 4 moms and all our children, there were 25 people at our playdate!  Later, Papa the Farmer said to me, “We’ve been here 3 days.  HOW did you meet all these people?!”

While we were visiting my new local friends warned me, “Be extra careful. There’s been a string of smash-and-grabs lately. People smash your car window, steal your stuff and leave.” So for the remainder of our trip I made a point of keeping valuables tucked out of sight and to park in “safe” places.

With so many new friends we had a really wonderful time and I was feeling refreshed when it was time to leave.  As we began driving out of Florida we decided to stop at the beach for just a few minutes one last time to enjoy the scenery and let the children say “goodbye” to the sea.  There were people around, it was daylight and it never crossed my mind that we might run into a problem. We parked the van and locked it since it was packed full of everything we had with us.  Then we ran over the beach for a few last minutes of fun. 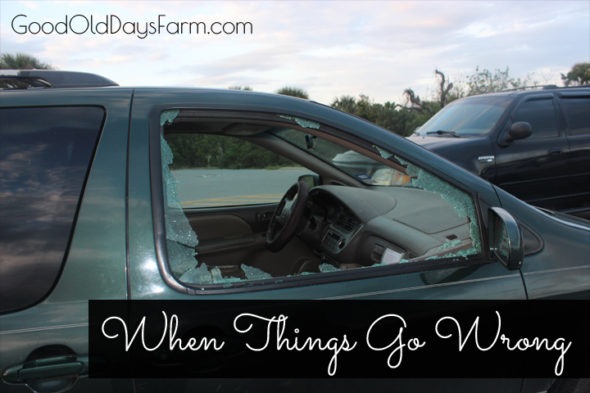 Well… when we got back to the van, my window had been smashed and everything in the passenger’s seat was stolen. (Remember, the car was PACKED since we were on our way home.) There had been quite a few bags at my feet and they had all been taken.  Later when we took inventory to figure out what was gone, this is what was missing:

It was a Saturday night and we were literally stranded with absolutely no cash and no access to our bank accounts.  I’m not telling you all this to bemoan the awful thing that happened to us.  I want to praise the Lord for the way He worked in this really inconvenient situation!  Here’s how the Lord took care of us:

What is the Felony Lane Gang?

It turns out – sure enough – we had been targeted by the Felony Lane Gang. This is a criminal group that is particularly active in Texas and on the East Coast but they are growing and spreading to the Midwest and the West Coast. They target moms (or people who look distracted).

Generally, the Felony Lane Gang targets women at places like gyms or day cares, anywhere a lady might step away from her car for a few minutes and – in a moment of inattention – leave her purse in the car.  They have this all down to an art.  They have a tool that allows them to break the window quickly, then they grab the purse and take off.  The whole process takes a brief moment.  They are long gone before you get back to your car a few minutes later.

Once they have grabbed your stuff and taken off, they have a system in place.  Statistically it is easier to pass off false identities if you go to a drive-through bank and use the lane that is farthest from the bank tellers and the cameras.  For this reason that lane has been nicknamed the “Felony Lane” and this group of opportunist criminals use this lane to cash checks they find in people’s cars.  They steal people’s identity and in some cases drain their bank accounts.

I admit to being naive.  As the FBI agent was explaining this group to me I couldn’t imagine this kind of behavior being profitable.  The practical side couldn’t help but ask “WHY do this do this?  Wouldn’t it be easier to just go out and get a job if they need money?”

“Ma’am,” the FBI agent said.  “Some of these people are making hundreds of thousand of dollars a year doing this.”

Safety Measures You Can Take

The Felony Lane Gang targets women who look are walking away from their car without their purse.  This signals to them, “Hey!  That lady left her purse in the car.”  Take your purse with you when you walk away from your car.  (If you don’t want to carry your valuables with you, purchase an inexpensive purse to carry with you as a decoy.  If anyone is watching you from a distance, even an empty purse gives the impression that you took your money with you.)

Keep your valuables out of sight and out of reach!  But do not hide them away once you have arrived at your destination!  There could be people waiting for you to walk away from your car, watching to see where you tuck things.  Be organized when you arrive so that you don’t have to get organized in a place where you may be watched.  Trunk organizers are a helpful tool to keep everything organized and out of sight.

Stay aware of your surroundings.  It’s so easy to become complacent, distracted and confident that we are safe.  That’s what happened to us.  It never even crossed our mind that someone would look at our 18-year-old minivan with a dent in the bumper and think, “Oh yeah, that’s the car I want to break into.”  But someone was watching us and they saw us leave the van without my purse, focused on the children and not on safety.  When we’re out in public we really can’t let our guard down and assume that other people don’t have wrong intentions.  Gavin Becker’s book The Gift of Fear is a fabulous book about tuning into our intuition to know when something seems “off.”

Stay informed.  A group of victims have formed a Facebook group called the Felony Lane Task Force to warn others. 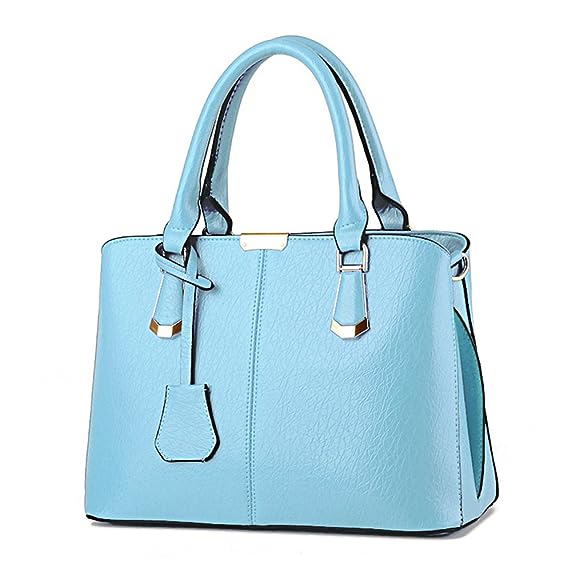 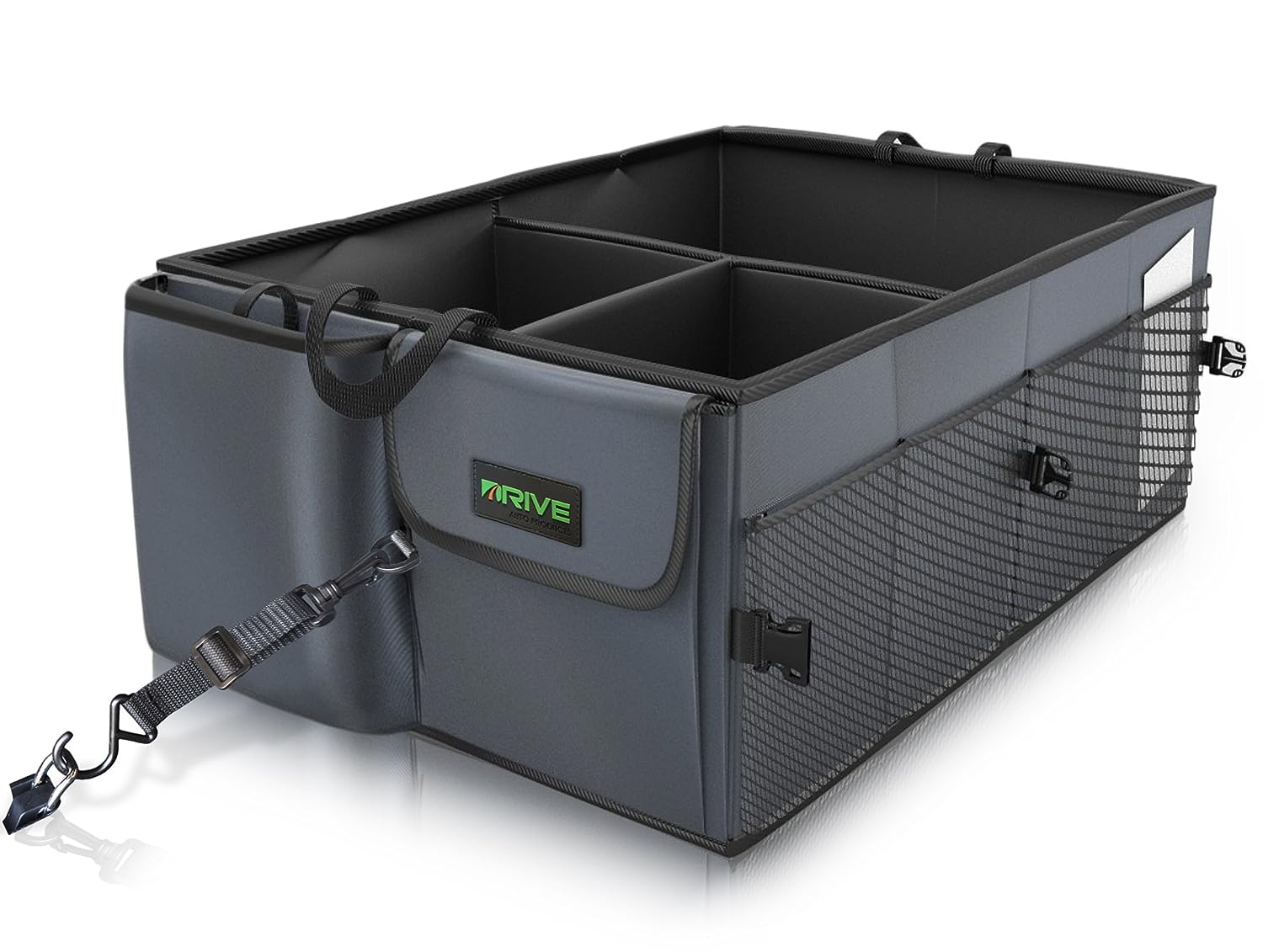 The Gift of Fear

If you are a Victim of the Felony Lane Gang

The Conclusion of the Matter

I have to admit that – now that it has all worked out and we are safely home – I am not amused, but able to see the lighter side of the whole situation.  I wonder what those thieves thought to themselves when they got home and realized they had stolen an empty camera case, a complete collection of bamboo knitting needles and a really nice King James Bible.

I hope they read the Bible and come to know Jesus.  Maybe we don’t know the end of this story yet, but we’ll find out in Heaven.  Just maybe. 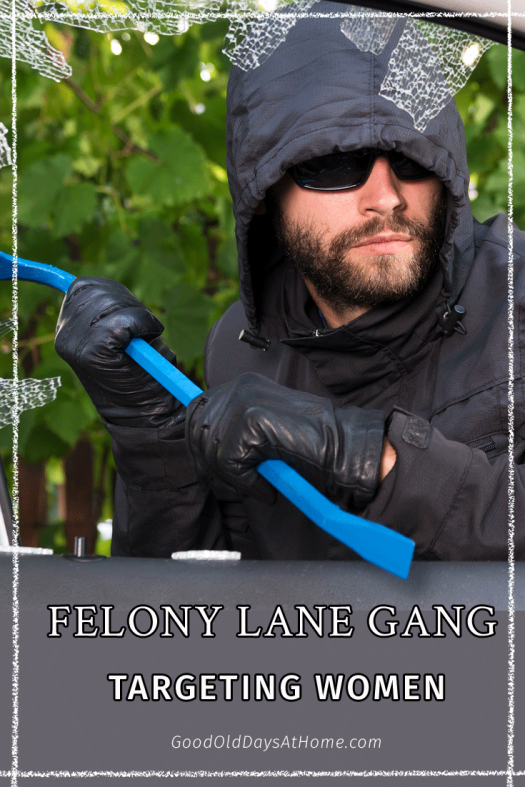